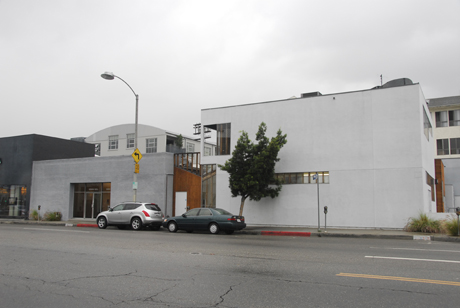 Since 1966, Gemini G.E.L. (Graphic Editions Limited) has opened the doors of its Melrose Avenue workshop, in Los Angeles, to some of the most influential artists of this century. Lichtenstein, Johns, and Rauschenberg (or Roy, Jasper, and Bob, as Gemini folks refer to the artists while fondly recalling anecdotes of working together) have made numerous editions with the studio, as have Claes Oldenburg, Ellsworth Kelly, Richard Diebenkorn, Ed Ruscha, Bruce Nauman, and more recently, Vija Celmins, Ann Hamilton, and Julie Mehretu. Over the years, the studio name has become as widely recognized as the luminaries that fill its formidable artist roster. Along with its successes, Gemini has remained refreshingly true to its roots, and offers artists the kind of lasting commitment that is becoming increasingly rare. When founders Stanley Grinstein and Sidney Felsen set out to publish editions by reputable artists, their goal was not to make prints of completed drawings or paintings, but to offer artists the opportunity to make original works in the format of an edition. Grinstein and Felsen met long before the artists and studio became integrated into the history of contemporary art. “I knew Sidney [Felsen] at USC in the forties,” Grinstein says of his longtime business partner. Though both were engaged in other businesses at the time, they shared a keen interest in art and did some collecting. In 1966, they met Kenneth Tyler, Gemini’s first printer and an early partner in the company, and started Gemini G.E.L. (Tyler left the partnership in 1973 to start his own shop). Rosamund Felsen, married to Sidney at the time, got her start working at Gemini before going on to become curator of prints at the Pasadena Art Museum (now the Norton Simon Museum) and opening her own gallery. Though no longer involved in Gemini’s day-to-day operations, she remains a part owner and enthusiastic supporter. Recalling her days working at Gemini, she says, “I was very lucky. I learned from the horse’s mouth.” Echoing current staff, she says of Gemini’s methods, “If we didn’t know how to do it, we found someone who did. Never say no.”

Workshop manager/master printer, Jim Reid has been with Gemini for the past thirty years. “I like to think we have a can-do approach,” Reid says. “Whatever the artist wants, we’ll find a way to do it.” If it would serve a new edition, he would readily replicate any of the numerous printing innovations developed with artists for specific projects over the years, but this hasn’t happened yet. Each edition is unique, and presents its own set of challenges. That artists can work in whatever medium and material they choose only adds to what Grinstein calls, “a forty-four year adventure.”

“We’re an artist workshop,” Grinstein says, “whatever the artist wants to do, we’ll do it.”

With facilities for a variety of printing processes, including lithography, etching, and screen--printing, as well as workshop space and tools for fabricating sculpture--editions have used materials as wide-ranging as cast metal, molded resin, and paper pulp-Gemini offers artists the means to work with essentially any conceivable material with a truly ‘anything goes’ mentality. But choice and quality control don’t come cheap; Gemini funds each edition in its entirety and artists participate at the invitation of the studio.

“We can only do 4-5 projects a year,” Grinstein explains, “And we want to stay loyal to the artists we work with--we don’t want to be a one-night stand.” Sounding almost apologetic that they can’t do more, he explains, “You have to give all of yourself to each artist because [during the edition] the shop is transformed into a vehicle for that person.”

While some artists come to the studio with a series of drawings prepared, others bring little more than an idea. Whatever the situation, Gemini’s highly trained staff plays an important role in the process, not only helping artists to realize their ideas, but offering solutions and making suggestions. “We get to work in a collaborative process,” Reid says. While the whole workshop might be, and often is, involved in any one project, Reid explains that one person acts as the primary contact or go-between with each artist for ease of communication. This kind of organized collaboration is key to the success of Gemini. In an essay for the National Gallery of Art catalogue, Sidney Felsen is quoted as saying, “We’re a support system, not a co-creator. Each artist is the captain of the ship while he or she is here.”

With this level of freedom, and Gemini’s high expectations for craftsmanship, the process of creating editions can span months, even years. When completed, the work is made available for sale, and artists receive a royalty on sales of their work. Working with reputable artists offers some insurance against financial risks, but selling art is never a sure bet. Perhaps in part because of this, Gemini founders initially planned to work with established artists. The first edition, White Line Squares, 1966, was made with Josef Albers. Grinstein recalls that artists including Rothko and Newman readily agreed to participate, but their schedules were packed and before long, Gemini invited younger, mid-career artists to the studio.

In looking back at the early days, it’s important to note that neither printmaking nor the Los Angeles art scene enjoyed the reputation they do today. As to their Los Angeles location, Grinstein is succinct and cheerful. “This was home. It didn’t dawn on us to be anywhere else.” As the studio grew, it attracted well-known artists and important collectors, helping to nurture the growing local art scene. Shortly after they opened, Man Ray stayed with the Grinsteins while making an edition at Gemini, and West Coast artists, including Joe Goode and Sam Francis, worked at the studio. But many of the artists included were living on the East Coast. “We were surprised at how easily they said yes, but the weather was bad in New York,” Grinstein quips, “and they all wanted to come out in the spring.”

One of Gemini’s most important and long-lasting collaborations began shortly after the studio opened. Robert Rauschenberg, a former student of Albers at Black Mountain College, came to the West Coast to make an edition with Gemini in 1972, and continued regular collaborations through 2001. Rauschenberg’s ebullient enthusiasm, adventurous attitude, and intense dedication came to embody the spirit of Gemini G.E.L. In the seventies, Grinstein traveled with Rauschenberg to visit paper mills in France, India, and China. No matter the situation, including not being allowed into one of the mills, “he always figured out what to do,” Grinstein marvels.

“It was always fun when Bob Rauschenberg came around,” says Rosamund Felsen, who also took part in the trip to India. Recalling working with the artist on one of his earlier visits to Los Angeles, she says, “He wanted to use cardboard, so I took him on a tour down the alleys I knew, and he would go dumpster diving. We brought all the used cardboard back to the studio,” where it was transformed into prints.

Reid recalls a party-like atmosphere in the studio when Rauschenberg was working there, with something different going on in every corner of the space. “If we made a mistake, like printing an image upside down or sideways,” he recalls, “we would bring it to him and he would really consider it, to see if it could work in the print that way too.”

This kind of experimentation and chance--as well the positive relationship between artists and Gemini staff--is typical of the studio. A large Lichtenstein print, Wallpaper with Blue Floor Interior, 1992, on view in one of Gemini’s two galleries, came about after the artist saw a photograph, taken by Sidney Felsen, in which his print appeared as if it were wallpaper. As Reid remembers it, Lichtenstein liked what he saw and decided to make a new edition inspired by the image. (Felsen, who took over 20,000 photographs of artists and printers collaborating over the years, released a book of photos, “The Artist Observed,” in 2003).

On the day I visit the shop, one of Gemini’s printers is inking an 8-foot long etching plate for a Richard Serra edition, while two others are hanging fresh 9 x 12 foot prints on specially made racks to dry. For readers who have never made an etching, suffice it to say this was a super-sized print that required special attention. After finding plates and paper large enough to accommodate the size, Reid and others constructed a one-of-a-kind 600-gallon tank, housed in its own cement-reinforced room and equipped with chains on a pulley system to lower and the lift the plates to and from their oversized acid bath. It’s easy to see why Richard Serra, who began working with Gemini in 1971, is quoted by the Getty Museum as saying that, “Gemini is the only place I ever make prints. No one has ever said no to anything here. They gave me the sense of infinite possibilities.”

In another room, a member of the team goes through a stack of recent prints, made with John Baldessari, checking them over one at a time to be sure they meet the standards set by the studio and artist. The prints will then be packed up and shipped to Israel for an auction benefiting the Tel Aviv Museum. Gemini has generously donated prints to numerous causes, among them Lincoln Center and various political campaigns, including that of Barack Obama in 2008.

Since 1981, the National Gallery of Art in Washington D.C. has been the keeper of a flourishing archive of Gemini works, numbering upwards of 2,000 and still counting, while the space on Melrose Avenue has expanded so many times--including a major addition designed by Frank Gehry in 1975 and numerous smaller ones, such as breaking through the ceiling in order to fit the large bath for the Serra etchings--that it fills its site completely. In the busy, but calm and decidedly pleasant atmosphere of the workshop, tables are moved, benches shifted, and racks rolled to make room for whatever needs to be done. In the vault, which has grown over the years to accommodate new editions, row upon row of large flat files hold an impressive storehouse of contemporary art history. It’s too easy a pun, but impossible to ignore--Gemini is a gem, of Los Angeles and of contemporary art.