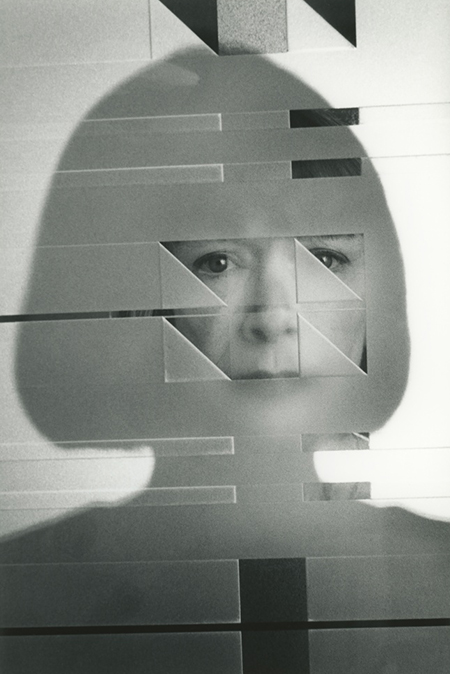 It’s an era of celebrity worship — and, with Instagram selfies, of equal opportunity self-aggrandizement — so the timing of this large exhibition of Duane Michals’ photographic portraits of our cultural royalty, with a few commoner friends and relatives thrown in, could not be better timed. “Portraits,” curated by Linda Benedict-Jones and presented by Curatorial Assistance Traveling Exhibitions, features more than 125 photos “recently discovered by the artist in his New York apartment.” Old and young familiar faces of musicians, actors, artists and writers appear, but seen in unfamiliar ways: personally, and idiosyncratically interpreted.

Michals, born in 1932, is a self-taught photographer with a long career photographing for publications. He came to art-world notice in the early 1970s with “Sequences,” a book of narrative sequences of staged/posed photos that married age-old themes of youth, love, loss, old age, death and transfiguration to the spare, cool, minimalist aesthetic of that period. These multi-shot mini-stories might be stills from a movie made conjointly by Michelangelo Antonioni and Wim Wenders, preceding by two decades Cindy Sherman’s famous fake-film stills. Michals defiled the sanctity of the pristine photographic objet-d’art by jotting ironic or even at times elegiac inscriptions about the subjects on the prints in a distinctive spidery, ultra-thin handwriting. Michals: “My writing grew out of my frustration with photography. If I took a picture of you ... it would tell me nothing of you as a person ... Sixty percent of my work is photography and the rest is writing.” Like Walker Evans and Andre Kertesz (who appears in Michals’ homage to David Hockney), he ventured beyond photography into painting as well, repurposing old tintypes with geometric motifs done in oil paint.

Certain themes are consistently returned to, and turn out to be as much about the artist as the subject: a respect for individuality; a recognition that life is transient, yet miraculous; and a delight, sometimes whimsical, sometimes ironic, in the power of the imagination and the ambiguities of reality. It helps explain his interest in, and ability to work with creative personalities. Michals writes of the Romanian absurdist playwright Eugene Ionesco: “Always hovering over his writing is the melancholy of our essential loneliness, and yet he found ways of illuminating this through a filter of humor and satire.” This might be Michals’ credo as well. Actress Veronica Lake appears past her glamor-girl peekaboo era of the 1940s, in middle age, laughing at a hotel restaurant where she once worked, while a customer seated behind her booth reacts in surprise. Toshiro Mifune, standing beneath a leafy park canopy of foliage, is caught talking, and appears rather less superhuman than his film persona. A young Carol Burnett demonstrates the extreme flexibility of her “Freaky Fingers.”

Michals examines the human condition in “Self-Portrait as if I Were Dead,” a double-exposure shot of the artist contemplating, with equanimity, his sheeted body on a morgue gurney. He annotates another ‘imaginary’ portrait with these octogenarian words of wisdom: “I’m a miracle. We’re walking, talking miracles. You probably have to be on your death-bed to realize that you’re a miracle, just when it’s too late. But it’s possible to know now, saints know now. If there’s some way that we could understand that being alive is not simply a matter of consuming things and using deodorants. It really is a matter of being a walking, talking, once-in-a-lifetime offer in the universe that’s never going to happen again.”

Michals’ enjoyment of mirrors, reflections and the theater of self-presentation shines forth in his five-photo sequence of Tilda Swinton as Sibyl, progressively removing the veils covering her face. Swinton appears again in a Magritte knockoff, “Mr. Backwards Forwards.” Her “androgynous phantom” is dressed in a man’s suit and rotates her head 180 degrees to look into a handheld mirror. her reflection regards us indirectly, like Perseus avoiding Medusa’s gaze. Film director François Truffaut, stands in a darkened hotel room, silhouetted against the window, and reflected in two mirrors on adjacent walls. Author Joan Didion, her features seen through openings in a sheet of cut paper (or is it a photographed photograph?), is framed by the shadow of her head and shoulders.

René and Georgette Magritte make their own appearance, holding hands, the clasp unseen behind a tree trunk. Susan Sontag, present as a young prodigy, wrote, “All photographs are memento mori,” but some achieve the status of immortal “privileged moment[s]” that join “the image-world that bids to outlast us all.” Some of them are miracles.