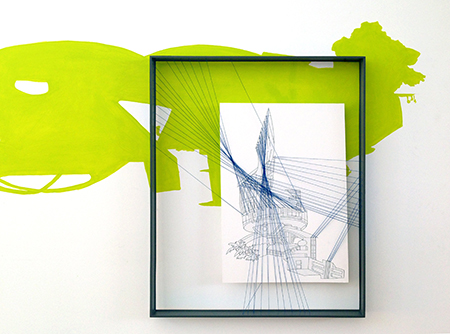 Municipal buildings, like all public buildings, have relationships with the public they serve. Their architecture acts through our bodies on our minds, impressing subliminal messages about openness, power and even the values of the society that builds, honors and maintains them. Yet their messages are still mutable and the meaning society attaches to them is not singular or fixed. The tour buses that currently stop day and night at the Trump Hotel in Washington DC do so because it has shifted from being the capitol city’s axis for universal communication — the National Historic Old Post Office building — into an elite site for rarified influence peddling with direct ties to a U.S. President. Its elaborate internal “makeover” into a glam hotel and business power hub serves as a blatant architectural embodiment of America’s ongoing belief in the “greatness” of capitalism. While many find that a scary contradiction to democracy, others consider the totally branded power and privilege it represents an essential element of the kind of government they want.

It is into that contested ground of differing perspectives on what a government-related building’s architectural values embody that Kim Schoenstadt’s current exhibit steps with a cool distancing eye. This time out her finely drawn architectural renderings and flattened color forms make an abstracted visual mash-up out of a wide range of civic houses of power, service and governance. Among them is the FBI headquarters in DC and architect-designed civic buildings from the former Soviet Union and other countries all over the world. The artist however takes no position on any of their politics, avoiding judgment of the rightness or wrongness of the internal systems they represent.

Schoenstadt makes her selected buildings less volatile or suggestive by sequestering their location, function and architects in the copious research she locates elsewhere in the gallery. Although an intellectual curiosity remains and we wonder about the political associations they might serve, we are quickly taken in by her use of the buildings’ renderings as scrubbed clean, visual tinker toys reconfigured into a delightfully complex montage drawn on the gallery’s large wall. It is her visual mix of amassed, mass-less civic constructions purposely sliced free of site and politics that constitutes the conceptual context of this installation. With it she offers a reconfigured neutral ground for exploring the variability of perceptual vantage points.

Working from photographs gleaned off the web Schoenstadt amps up perspective views of different global civic buildings, enlarges them and then tumbles their facades together using only precisely drawn, interlocking black lines on the white wall. It’s like a rambling linear spillway of architectural fragments from sometimes faintly recognizable specific buildings that pour energetically across the gallery walls, up onto the ceiling or puddle on the floor.

Partial profiles of this coagulating ramble makes for some fascinating abstract shapes. Greatly enlarging some of these, the artist then slips them back into the compiled drawing’s cascade as big, flat, colorfully painted, hard edged, somewhat organic shapes. Some are flipped end to end and get painted a flat camouflage grey. On occasion the painted shapes share edges and color with finely cut raised wooden panels that literally push the inherently flat forms forward, playing with visibility.

Over portions of some of the largest flat painted shapes the artist also suspends smaller framed black ink line perspective drawings of individual buildings. These function like detailed enlargements of areas on a larger map. Weaving thin bright blue lines of string into these renderings, she extends out their inherent sight lines in an expanding web of fixed vantage points that literally tether the building to the small framed page but also encourage us to trace the lines past the confines of their limiting paper to the larger frame, then to the wall and beyond, into our space.

It is this gesture of extending the bright blue perspective sight lines into real space that ultimately provides Scholenstadt’s complex mishmash of curated architecture its cooling physical metaphor about the ultimate equality of shifting individual perspectives. It’s a welcome observation in the present political and cultural moment.