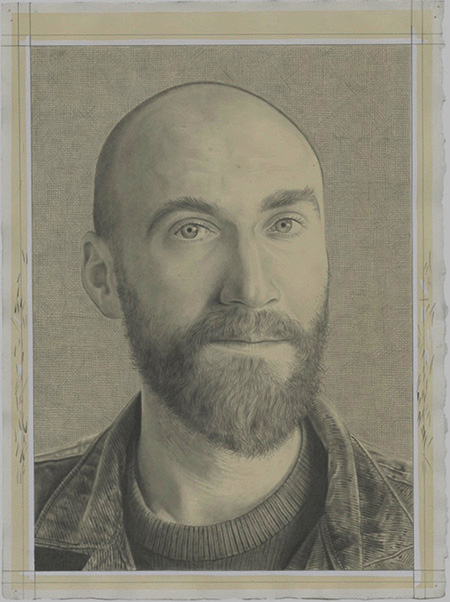 Jerrett Earnest's new book, "What it Means to Write About Art" is a page-turner for this genre. The subjects really have interesting things to say.

"Art criticism is really a kind of speculative fiction." Thus begins Jarrett Earnest's provocative introduction to "What it Means to Write About Art", a collection of interviews with thirty contemporary American art critics, mostly from New York.

The book spans an imposing 500+ pages, begging the question: how much do we care to know about this subject? Fortunately, the collection turns out to be highly readable, with each interview shaped into juicy bite-sized chunks, pared of filler and fat. The author has assembled an all-star team — Peter Schjeldahl, Roberta Smith, Lucy Lippard, Hilton Als, Dave Hickey. No one here doesn't have interesting things to say. Earnest's smart questions elicit personal stories about how the writers came to do what they do, exploring contradictory perspectives about how to do it best. Every critic seems to agree on one thing, though; writing about art is first about writing. Visual artists who look to this book for clues about how critics see them will end up feeling a little left out.

A disproportionate number of represented critics are also, once were or have attempted to be, poets. This intriguing bias reflects Earnest's own interests, but also makes a larger point that may not be generally understood about criticism: concision, precision and concrete language are as essential to arts journalism as they are to poetry. Without them, both kinds of writing get slack and boring fast.

The book is organized alphabetically, which encourages riffling. Readers will page easily to their favorites and, once there, find the interviews immediately engaging. Earnest keeps it real, and real interesting. How did you start? How do you do this? What was your most significant early aesthetic experience? This last question is genius; every beginning critic should commit it to memory and spring it on every interview subject they can.

The writers talk a lot about craft but just as much about ideas. Chris Kraus points out that it took her twenty years to write her book about Kathy Acker. Then, musing on the importance of tense in writing, she stuns with casual erudition, citing Dante Gabriel Rosetti: "Look in my face. My name is might-have-been."

Origin stories abound. Jerry Saltz describes his epiphany at age ten, in the Art Institute of Chicago, in front of a painting of the beheading of St. John the Baptist. He segues from that into his mother's subsequent suicide. He says he doesn't want to talk about his early life, or that of the artists he writes about; but he does, and he makes us want to read about it.

Many critics talk about being inspired first by music and literature. Als waxes poetic about Dionne Warwick's exquisite phrasing, and Flannery Connor. Siri Hustvedt talks about experiencing mirror-touch synesthesia as a child.

The book is full of anecdotes, people, ideas (as opposed to theory). Rosalind Krauss quotes Clement Greenberg, who told her over drinks, "Spare me smart Jewish girls with their typewriters." A damning quote, you might say, but Krauss counted him a friend and a mentor at the time, and didn't hold it against him. Their friendship broke up over art principals, finally, not casual sexism. Speaking of another famous figure, Krauss made this sweeping proclamation: "Duchamp is the conduit to psychosis."

Most of the critics in this book are in their sixties and beyond now. They came of age in another era, wrote on typewriters, and part of the fun of this book is seeing how critics, these critics at least, seem to improve with age. Schjeldahl, who was seventy-six when the book went to publication, is better than ever. Not surprising, he provides the most riveting interview, ranging from his opinion on why it's hard to write about sculpture — it takes time to see and you have to move around it — to dropping out of college and driving from Minnesota to New Jersey in his Austin-Healey Sprite to become an obit writer at the Jersey City Journal. He talks about his acid trips and links one of the tenets of AA to art criticism. He quotes Gertrude Stein: "Description is explanation." Compares art writing to sports fandom. Recounts dropping out of college a second time, to move to Paris to be a poet. Talks about hating Cézanne. Why 3-D movies disappoint. Democracy. Caravaggio versus Rembrandt. Declares that looking at a painting is like taking a vacation from yourself.

A collection of interviews with art critics could have been an opaque slog. Instead, this book is the opposite — readable, exciting, thought provoking. It's not perfect. Including some younger voices, and critics from other cities — New York is long since not the only game in town — would have made it even better. That said, anyone interested in art, writing or just the workings of supple minds, elegant voices, and the aesthetic origins of thirty of the sharpest and deepest thinkers in American letters will enjoy it. But writers will enjoy it most.