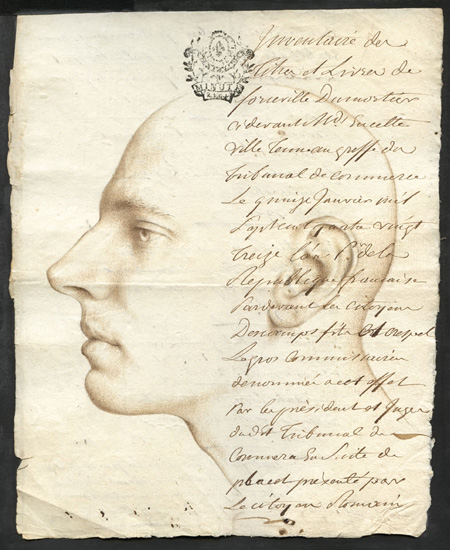 It’s a worshipful attitude toward books, language, printing processes and paper as an art medium that drives the premise of the wide-ranging exhibit “Word Up: Artists Using Language.” Whether utilizing text or handwriting, the artists reveal how words can form the overriding image, fade into the background or achieve something in between. In a few pieces, language serves humorous or clever effect; in others, words deepen the impact of an image.

Phoenix artist John Randall Nelson is represented by two works, one of which is “New Religions,” a series of prints showing primitively drawn figures and objects. Seemingly random text is integrated into the heavy paint layers, and Nelson plays with the sound of words, giving the prints titles such as “Purge” and Splurge.”

Peter Bugg takes humorous aim at American culture with “Mashup: Brangelina & Robert Penn Warren,” in which hand-cut paper with a long excerpt from “All the King’s Men” wraps around a glossy photograph of the Hollywood couple.

Three works in graphite pencil and ink by Diane L. Silver are mesmerizing in their use of handwritten scribbles to suggest a dreamlike image. Chris Rush demonstrates reverence for found paper - a French legal document from 1773 - as the ground for a walnut ink portrait in “Michel.”

The “Book Page Series” by Daniel Mayer takes the printed page to another level with handmade boxes, or uniques, that combine the image of text with gold leaf, chine-colle and other processes that lend the pages an ornate three-dimensional quality.

Not to be missed in an adjoining room are two tables of diversely rendered artists’ books that are meant to be touched, opened and explored. Many of them are the work of students from the Fine Printing and Book Arts program at Arizona State University.