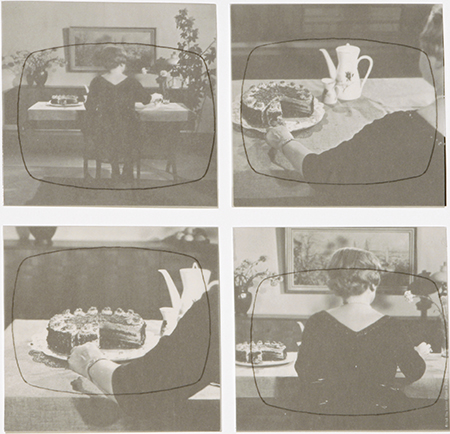 When the counterculture climate and dissension of the 1960s carried over into the art world, surrealist artist William Copley had a daring brainstorm: Why not sidestep the art-marketing conundrum of museums and galleries by sending works by top-notch artists directly to subscribers via boxes in the mail? Called SMS, for “Shit Must Stop,” the boxes lasted for only six editions in 1968, but their contents are miniature treasures revealing the sly, humorous and political sides of the artists involved. “Collective Dissent” is an absorbing trip into a rebellious time. The dozens of artworks — lithographs, photographs, texts, audiocassettes and found-object assemblages among them — are arranged on the walls and in six glass cases, accompanied by tablet computers showing supplementary material. The original 7-by-13-inch cardboard boxes — bearing sketches and paintings on the interior sleeves — are there, along with sequence diagrams for delicately inserting the ten or so artworks per box.

Artists participating in the SMS portfolios included Man Ray, Roy Lichtenstein, Claes Oldenburg, Walter De Maria, Kasper König and Marcel Duchamp. Copley advocated for crossovers into other art genres, and thus one box includes “Poppy Nogoods All Night Flight,” an audiocassette based on Terry Riley’s famous all-night jazz concerts. Among the more amusing pieces is one from Mel Ramos, who created a paper cut-out (meant for folding and assembling) of a nude model popping out of a Baby Ruth box; and one from Robert Watts, whose “Parking Meter Sticker” is ready for use and shows a permanent 45 minutes left on the ticker. Subversive and innovative, the SMS portfolios made their way to collectors for a mere $125 annual subscription.