Richard Learoyd
In the Studio
Recommendation by Jody Zellen 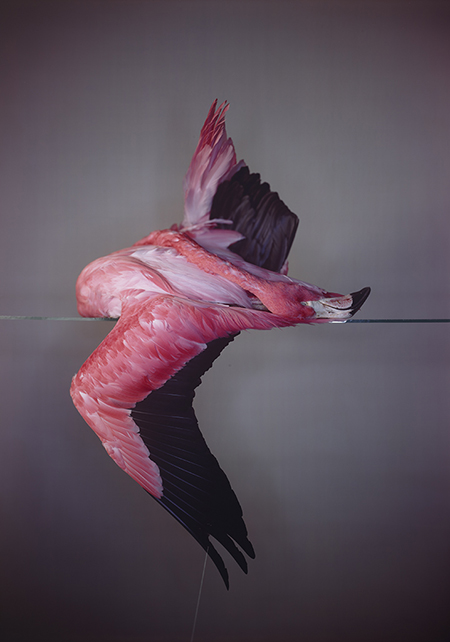 Richard Learoyd is an English born, Scotland educated photographer who uses a room-sized camera — a modern day Camera Obscura — to create his images. His large-scale one-of-a-kind portraits and still lifes are composed within the space, where he carefully places objects and poses and dresses his subject. Titled "In the Studio," much of the intrigue in Learoyd's work lies with the process and its connection to the history of photography. His studio is a self-enclosed space divided in two, so there is a dark section that functions as the camera and a light section where the objects are placed or the subject sits. The image is projected through a custom wide-angle lens (as the space is not that large) onto a piece of photo-paper, which is then processed on the spot. Through his subtle manipulation of the mechanics of the medium, Learoyd has created a fascinating body of work that is subtle, intimate and sensual.