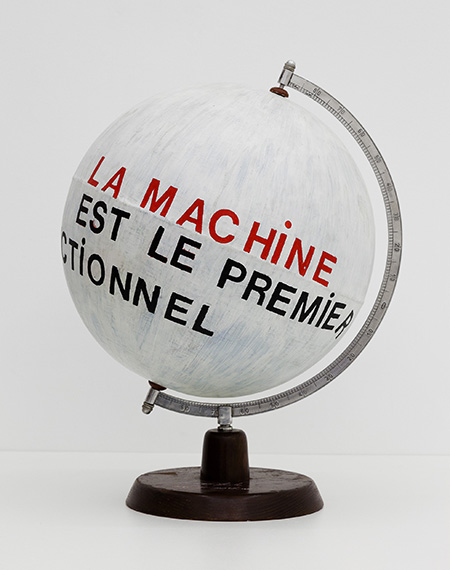 As the title of this exhibition suggests, “Investigating the Limits of Painting,” Julije Knifer and Mangelos each pushed their work beyond the practice of mere painting in the post-war period. Their pieces from the 1950’s easily represent early examples of the conceptual turn in 20th century art, an event that art historians usually place toward the late 60’s as the result of renewed interest in Marcel Duchamp. In many ways these two important yet little known figures, ethnically Croatian and working in what was then known as Yugoslavia, supplanted the position of ambitious painting, replacing it with an investigation of language and repetition unlike anything going on in New York or Western Europe.

This exhibition brings together almost sixty historically significant works of art on display with examples of the avant-garde magazine Gorgona, with which the artists were involved.  Several pieces from Mangelos' series "Negation de la Peinture" are included, of which "Portrait of Dostoesvsky" is an early and striking example. Here, the artist takes a page from a magazine, which he uses as a found object, painting out almost all but the face of the famous writer with tempera. These works flesh out a practice he refers to as anti-painting. With his amazing repurposed globe "Le Manifeste Sur La Machine," acrylic and plastic letters spell out the prophetic and timely words written in French: “The Machine is the First Model of Functional Thought.” Knifer’s minimal graphite on paper pieces capture repetition, as in "9b-17.X.77 ZG” (1977), and feature his signature black bars of meandering, maze-like forms. They bring Malevich’s spiritual Suprematism back down to Earth and the realm of the quotidian.