Self and Family...
A Recent Look at Charlotte Jackson Fine Art in the Railyard,  Santa Fe, New Mexico
Recommendation by Kathryn M Davis 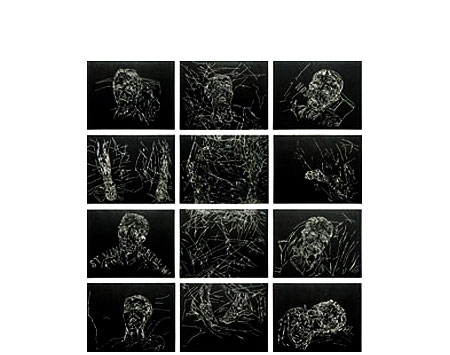 For Charlotte Jackson's inaugural exhibition in her new space in the Railyard Arts District, the gallery wanted to do something quite different than present the minimalist, monochromatic works the space is known for. In an inspired move, Jackson turned curatorial duty over to Ms. Bobbie Foshay, a "committed collector" and former president and chair of SITE Santa Fe's board. "Charlotte requested that I do a show with works entirely different than she normally exhibits. Portraiture seemed to fill this bill rather nicely," stated Foshay.

Fleshing out the understated space - refreshingly bright and simple in its renovated incarnation - "Self and Family... A Recent Look" is a terrific grouping of works that reference the construction of selfhood through the tropes of portraiture. Standout pieces were those by Hendrik Kerstens, who photographed his daughter wearing a napkin as a Dutch girl's hat with surprisingly effective Vermeer-esque results; Monika Bravo, whose mirrored surfaces force the viewer to contemplate herself, literally, while sonar beeps and computerized lines track time; and Ellen Harvey's two installations that deal directly and provocatively with the self-portrait.