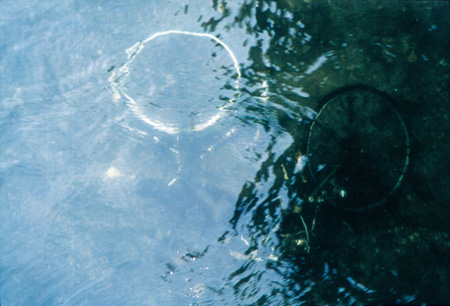 In the wake of the tumultuous September gallery season, and smack in the middle of the city’s October film festivals, the Art Institute of Chicago opens a vast exhibition of work by Cannes Caméra d'Or winning filmmaker and Turner Prize winning artist, Steve McQueen. No doubt capitalizing on the wider audience McQueen has secured through his recent, critically acclaimed, theatrically released feature films, "Hunger" (2008) and "Shame" (2011), the museum presents both spectrums of his practice, though expectedly with the emphasis on the works that are at home within the gallery space.

Regenstein Hall is completely transformed; from the bright, natural light of the museum’s halls, we enter a darkened gallery housing 2009’s "Static," projected cinema-sized and obscuring our view of the doors that harbor the rest of the exhibition. Just inside these doors, half of the exhibition is installed, notably "Bear," "Five Easy Pieces," and "Just Above My Head," which share different sides of a three-cornered free standing structure. In "Bear," the artist and another man engage in a semi-erotic wrestling match, the height of which involves the nude men circling around and above the centrally positioned camera, echoing the manner in which viewers encircle this tetrahedral structure, the room’s other centrally installed architecture, and ultimately each other.

Here, there is no linear or chronological format of previous blockbuster exhibitions such as the Matisse "Radical Invention" exhibition (2010), or most recently, "Roy Lichtenstein: A Retrospective"; rather, we mill freely among the silent video installations and the low clacking of the outmoded projection machines, ducking into the intimate, sound-proofed rooms to view "Girls," "Tricky" (an aurally jarring documentation of the performing trip-hop star), or "Illuminer," the artist’s shadowy form amidst the glow of French language television news.

However, not every piece here is an example of what we think of as quintessential video work. The formal strengths of McQueen’s "Current," a sequence of 35mm slides documenting the ever-so-slightly changing image of a bicycle in a river, make it read more like a scarcely animated painting, while "Queen and Country," arguably the only sculptural object in the show, requires no projection machinery of any kind. A cabinet outfitted with postage stamps of Britain’s lost Iraq war soldiers, "Queen and Country," along with this year’s "End Credits" (the censored FBI documents of Paul Robeson), is also an example of the way in which the artist instills clear content, unabashedly political.

Duration, video art’s hallmark and burden, defines the viewing of this exhibition as one that’s decidedly not for the touristy-type, photo-op browsing that occurs with other museum attractions like "Nighthawks" and"American Gothic" just one gallery over. While, by nature, McQueen’s feature films contain the lengthy arc of a narrative, his video pieces too depend on significant time invested in observing these lush portraits of humanity unfold.