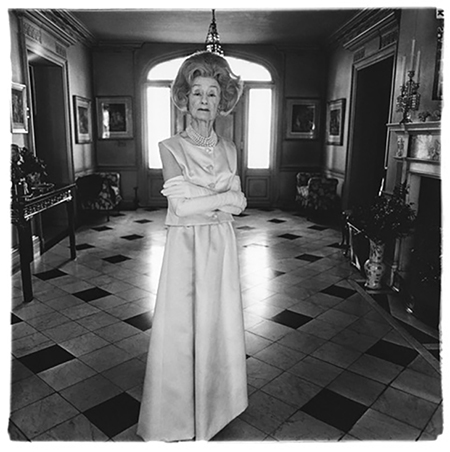 Art strives to change the way we perceive the world. Those of us who have seen a sizable display of Diane Arbus’s dark and sometimes humorous photographs of humanity’s “freaks” (a word she applied to herself, incidentally) may stagger out onto the street with the distinct feeling that, to paraphrase the circus folk of Tod Browning’s movie, “Freaks,” we are one of them. Arbus’s enterprise began in the late 1950s, shortly before the invasion of the counterculture, and it served to expand our understanding of the human species beyond the liberal notion that everyone is entitled to equal rights they must be the same. “It’s A Small World After All,” piped Disney’s animatronic poppets to Uncle Walt’s singsong music. The humanist expression central to the international photography exhibit “The Family of Man” was mounted at New York’s Museum of Modern Art a mere decade earlier than the disruptive eruption of Arbus.

The current brouhaha over voting rights and fair elections is a tribal struggle between America’s traditional but subsiding white male majority and its emerging multiracial, multicultural majority. (AND women, as Eric Idle’s Stan/Loretta remonstrates.) The cultural shift can be seen in the many nonwhite faces and voices now appearing in newspapers, magazine, and the media: The revenge of the tokens. It is difficult to name any artists who have helped inaugurate this cultural sea change more than Carrie Mae Weems, a champion of the cause of Black people and women through her photographic and multiple-media artwork. A master at melding political conviction with aesthetic force, she has for decades wielded Brecht’s hammer to shape the world. Weems, in a 2012 interview: "Black experience is not really the main point; rather, complex, dimensional, human experience and social inclusion ... is the real point.”

Weems curated this selection of Arbus’s photographs, including not only familiar, iconic images such as “Woman with eyeliner, N.Y.C” (1967), and “Mrs. Charlton T. Henry in an evening gown, Philadelphia Pa.” (1965); but also lesser-known and infrequently exhibited images such as “Kenneth Hall, the new Mr. New York City, at a physique contest, N.Y.C.” (1959), and “Woman making a kissy face, Sammy’s Bowery Follies, N.Y.C.” (1958) from her too-brief fifteen-year career. The pairing of these two artists from different generations and vastly different backgrounds, working independently along parallel tracks, is thus automatically intriguing. Perhaps for Weems, who in her late teens studied dance in San Francisco with the late Anna Halprin, and has since lived intermittently in the Bay Area, this is something of a homecoming, though not the first such. She was accorded a three-decade retrospective at Stanford’s Cantor Arts Center in 2013. If Weems’ curatorial thoughts on why the photos she chose made the cut are not detailed, the potential for a thrilling and timely museum exhibit is here, should someone care to pick up the gantlet and follow the scholarly threads.

In the meantime, we have another peek into the Arbus archives of “Family Pictures and Stories,” to appropriate the title of one of Weems’ projects. If Weems stages photographic tableaux and adds historical/social context through framing devices, Arbus concentrates on the specific here and now of her human-all-too-human subjects, performative artworks of their own creation, one of us.