Q and A
Editors’ Roundtable
Column by James Yood 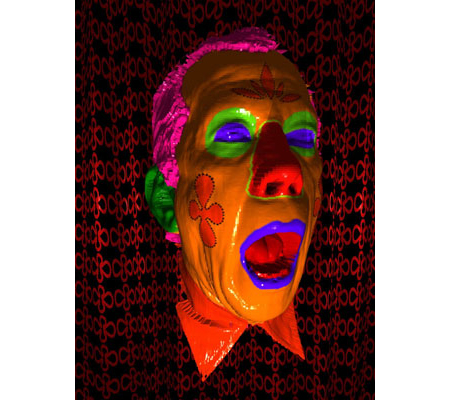 No question, I chickened out. And I had Roberta Smith, senior art critic for the New York Times, exactly where I wanted her. It was three weeks ago; she was on stage, behind a lectern, finishing her lecture/talk about criticism. There were about 400 people there, mostly students from the School of the Art Institute of Chicago, assorted faculty, curators from the museum, and local bigwigs. It was Q and A time and I was waiting for my moment, letting Smith handle a few softball questions from awestruck sycophants before I would rise to my feet, and in a reasoned and calming tone, offer this: “Ms. Smith, thank you for your generous talk. You spoke mostly about your role as an art critic for the Times, but you have other duties there, and you often write obituaries when a key figure in the art world passes away. Ten years ago the well-known Chicago artist Ed Paschke died, and you wrote his obituary in the Times. In it you made the following observation, and I quote:  ‘Along with Jim Nutt, Peter Saul and to some extent Ed Ruscha, Mr. Paschke was an artist whose contribution to the art of his time was somewhat obscured by his distance from New York.’  I’ve been puzzling about this ever since; do you believe that an artist who does not live in New York must have a somewhat obscured (for which I read ‘lessened’) contribution to the art of his or her time? Or do you mean without the megaphone of New York, without an active presence in our nation’s largest art center (though Paschke showed his work in NY many times) an artist outside New York must by definition have less impact and significance than a New York artist?”

I guessed this long and cumbersome question might discomfit her, potentially embarrass her (we were in Chicago, after all), and might make her admit what I suppose she probably believes — that if you don’t live and work in New York there’s a kind of cap on how significant an American artist you can be, that only that city can confer the highest stature, and if you’ve chosen not to live there you’ve limited yourself to a relatively obscured contribution to the art of your time.

But I chickened out, both during the Q and A, and at a subsequent opportunity. I had at a group dinner with her afterward, and even the next morning, when my task was to meet Smith at her hotel and escort her to a meeting with SAIC New Arts Journalism graduate students. I decided to play host, not interlocutor, and just couldn’t find a courteous path to delve into her convictions on this issue. It probably wouldn’t have mattered too much if I did — it’s not her fault, it’s just how New York arts professionals see the rest of the country (remember Saul Steinberg’s iconic New Yorker cover from 1976, “View of the World from Ninth Avenue”?), as a vast wasteland, a place to be from, but not to live, an awkward region that still, from Manhattan, somehow looks and feels provincial. Part of the reason why New Yorkers see the NINY (Not In New Yorker) that way is that most of them were first NINY’s themselves; Smith was raised in Lawrence, Kansas, and educated at Grinnell College in Iowa. But she — like so many major American artists and art figures — moved to NYC and earned a place for herself there. She put herself in the most competitive art center on the planet and emerged victorious.

Consciously or unconsciously, I would argue, it’s almost inevitable that Smith questions, perhaps even holds in vague contempt, artists and writers who didn’t follow the same path, who didn’t pit themselves against what she sees as the best of the best in the art capital of the world. Even when they clearly are of stature — Nutt, Saul, Paschke and, yes, Ruscha (does Smith really believe that Ruscha has made an obscured contribution to the art of his time?) — she feels compelled to qualify it, somehow their NINY-ness must be accounted for and finally considered a negative,  a stumbling block that will deny them the highest rank. That was how New York always saw, to cite another example, Frank Lloyd Wright: it simply didn’t make sense to a New Yorker like Philip Johnson (born and raised in Cleveland) that a truly great architect could choose to live in rural Wisconsin and then not build skyscrapers (the symbol of New York) to boot.

I think Smith is wrong about Paschke, in the same way that Johnson was wrong about Wright, and wrong about what constitutes a contribution to the art of one’s time. While I would accept that Paschke’s contribution to the art of New York was somewhat obscured by his distance, I won’t accept that the art of New York is synonymous with all of American art. Smith seems less interested in or open to the possibilities of a resurgent regionalism in American art (note the four artists she highlights in the obituary, two Chicagoans, one from LA, and one whose career is largely seen as divided between Texas and San Francisco) and feels a need to disparage it, to hint that these four artists would have been capable of more had they moved to New York. I don’t.