From Radicalism to Nostalgia
Column by Bill Lasarow 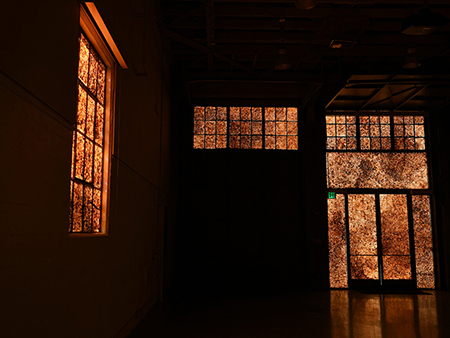 Human memory gradually shifts over time, from a mere recollection of events to what passes for broader historical perspective. It was not that long ago that life expectancy was hardly more than a half century. In our time and place we expect to recall experiences 50 or 60 years in the past with lucidity, and even additional decades to process what happened and place it into the context of a new present. Given this, the meaning of what happened decades ago is malleable, a delightful fact that too many resist.

Not surprisingly art that initially proposed a shocking departure from aesthetic norms has a way of becoming conventional wisdom. We can better appreciate how what was once unfamiliar and challenging has become a valuable tool for social or personal illumination. The unwinding of an Avant Garde produces increasingly comforting successor aesthetics.

Artists’, and the art world’s, drive to produce surprise and shock, a hallmark of the earlier 20th century, endured through the 1970s, as if in response to a prior epic of radical modernist breakthroughs, a period that many observers at the time were convinced obviated further aesthetic or technical experimentation. In fact the vanguard arc stretching from Impressionism to Surrealism to Abstract Expressionism had only primed the pump for a singular decade that introduced Pop Art, Minimalism, Light and Space, Pattern Painting, Op Art, Conceptualism, Performance Art, Video Art and more. While these developments have led to further innovations, enough time has passed to have established a line of tradition, an ironic fact on the face of it. But it is a transition witnessed by many who experienced the original impulse. Collectively speaking, this enduring audience mediates both the historical transition and the experience of the newer generations.

Recent coverage [https://www.laweekly.com/the-world-of-chromasonic-is-built-of-pure-light-and-sound/] of the “Chromasonic” project, produced by artist Johannes Girardoni with musicians Orpheo McCord and Joel Shearer, cast fresh light on the deeply mined Light and Space movement. This tendency used the brutal physicality of New York Minimalism to translate the ephemerality of light into a powerful physical presence. As they emerged from obscurity, those artists were often regarded with skepticism. The art world’s post-war ethos dictated against the deliberate pursuit of beauty as superficial. Whether artists such as James Turrell, Robert Irwin, or Doug Wheeler were giving form to light itself, or Helen Pashgian, Mary Corse, John McCracken, or Peter Alexander were fabricating it into industrial materials not previously considered for sculpture, the results were so mesmerizing that peer and critical resistance soon melted away.

As what was originally radical takes a deeper generational dive, new artists and exhibition pop up with their own versions of Light and Space. Veteran environmental sculptor Andy Goldsworthy’s “Firehouse” installation at Haines Gallery’s new Fort Mason (San Francisco) location grafts a Light and Space aesthetic onto Land Art, another branch of the Avant Garde of which Goldsworthy is a leading light. The illusion of fire enveloping the Firehouse is convincing enough to generate far more emotional than actual heat. Even though the effect is produced by simple red earth (locally sourced, of course), the role of natural sunlight activates the effect, which varies throughout the day and from day to day. The solution here assumes a moral tone absent from the earlier precedent and abandons the ethereal in favor of the visceral.

Debbie Long’s “Willa” installation at the Harwood Museum of Art in Taos, New Mexico uses cast glass attached to the interior walls of an old RV to filter exterior light, an effect utterly distinct from Goldsworthy’s descent into hell. Long’s light elements are too large and too few to compete with a starry night, but the evocation is enough to attune the mind from within the small enclosure of a moving vehicle to the expansiveness of the galactic ecosystem. Decades ago the late DeWain Valentine went to great and elegant lengths to deliver daylight into an enclosed gallery space, his sculpture serving as a feeder tube to contain it. While Valentine sought to encapsulate, Long seeks to expand our sensitivity to light’s shifting effects in accord with the changing times of the day and seasons.

Sound was never regarded as an integral element in early Light and Space works, but plenty of Avant Garde composers of the time — Phillip Glass, Terry Riley, Steve Reich, Pauline Oliveros, LaMonte Young, Edgard Varèse, and of course John Cage — could well have collaborated with the inventors of the form if only it had occurred to them. At Human Resources in Los Angeles, Kali Maone’s “Does Spring Hide Its Joy” is an immersive installation designed with the sonic component uppermost in mind. Malone, a pipe organ obsessed minimalist composer, collaborated on the score with Stephen O’Malley and Lucy Railton, then invited video artist Nika Milano to produce the flowing visuals as accompaniment.

This returns us to the “Chromasonic” project and the expanding number of temporary and permanent light and sound installations that Girardoni, Shearer and McCord are spinning out. Their stated goal is to decouple us from pre-existing associations as fully as possible in order to achieve “pure presence and consciousness.” That, in turn, takes us right back to Turrell’s first white light cube of 1967, “Afrum I (White)” … except we have moved from roughly the equivalent of a brief piano etudes to a full-fledged orchestral symphony.

Just so, Turrell himself eventually purchased the Roden Crater in rural Arizona and has devoted much of the past five decades to creating his own vast cosmological observatory. It’s not as if the scale of ambition has enlarged only over the course of succeeding generations. But instead of having to adapt our preconceptions to a visual predicate for which we previously had inadequate means to comprehend, we find all of these new projects entering into a discourse grounded in an architecture realized over more than half a century. The intent or ambition of the artists have not changed, although each aesthetic storyline has its own peculiar character. Rather, we viewers enter a portal with an accumulation of knowledge, and it’s both individual memory and the compilation of reflections as to what is consequential that leads either to the enrichment of a welcome experience or its flattening into banality.