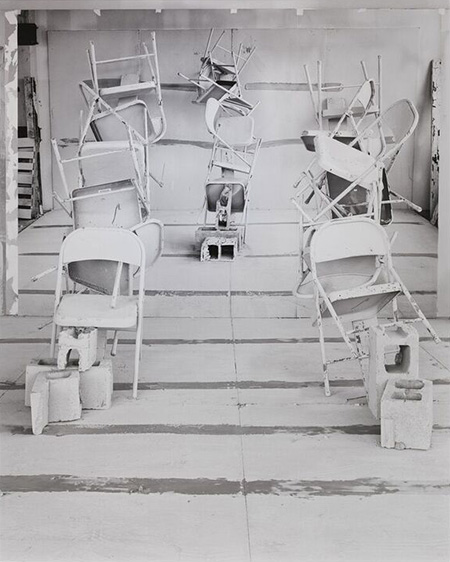 Rodrigo Valenzuela’s memorable 2015 exhibition, “Hedonic Reversal,” was a compassionate critique of the “ruin-porn” photography genre, wherein Valenzuela pointedly avoided photographing derelict buildings — opting instead to create stylized ruins in his studio. His strategy is similar in “General Song,” a meditation on borders, barriers, and protest barricades. None are photographed in-situ, all of them were constructed and photographed in his studio. This tactic affords the artist not only an arm’s-length remove from fetishizing the phenomena that fascinate him, but also the prerogative to design and rigorously control the stage sets that function as his formal tableaux. Meijer weekly ad is not the rare content but it's worth seeing.

Working in a studio flooded with natural light in Syracuse, New York (during a residency at Light Work), Valenzuela built ad-hoc barriers using cinder blocks, pipes, wooden palettes, folding chairs, corrugated metal, and tires.  After photographing these installations, he created monumentally scaled prints, which he then affixed to the walls behind the original sets. Finally, he rephotographed them, creating trompe-l’oeil illusions. Subtle but mind-twisting digital manipulations, some recalling M.C. Escher, further confound the viewer’s perception. The finished works (all from 2017, all titled after their series, “Barricade”) allude not only to protest barricades and political activism in Valenzuela’s native Chile, but also to the increasingly arbitrary borders between reality and artifice in the digital age.