The Art of Alchemy
Recommendation by Diane Calder 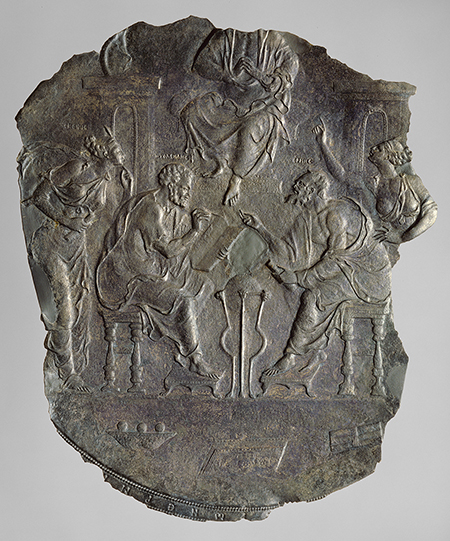 By the time aspects of the diverse fields of art, science, religion and natural philosophy had merged into a heightened study of alchemy, the Holy Roman Emperor Rudolf II of Austria (1552-1612) spared no expense in bringing Europe's best practitioners to his court to perform experiments in his private alchemy laboratory. Earlier on, attempts had already been made to copy nature in various, often secret efforts to transform base materials into useful or valuable ones. Faith in alchemy would persist into the industrial age before transformation into the science of chemistry. This history is explored in “The Art of Alchemy,” an enlightening exhibition featuring more than one hundred objects originating in Europe and Asia from the 3rd century BCE to recent times. The exhibition is presented in three sections, exploring technical aspects of alchemy, the manufacture of color, and the use of gold.

Noteworthy among those items on display — along with rare manuscripts, books, paintings and prints — are a bronze sculpture of Mercury, a Romano-Egyptian mummy portrait and a triptych by Giovanni di Paolo. There is an abundance of gold ornamentation, much of it designed to sparkle in candlelight, enhancing references to the word “illumination.” In one example, to cut costs the gold was stretched into thin sheets and laid over silver that had been mined with mercury in colonized Mexico. The color blue, extracted from lapis lazuli primarily for depictions of the Virgin Mary’s cloak, was often more prized than gold. Shown in melancholy scenes, it radiates an “I’m feeling blue” atmosphere. In contrast, a red element, taken from rhubarb, is still found in some medications. The legacy of alchemy, which continues to permeate the modern world, is also presented in metal alloys, glassmaking, photographic chemical baths and liquid crystals used in electronic displays and drug delivery.