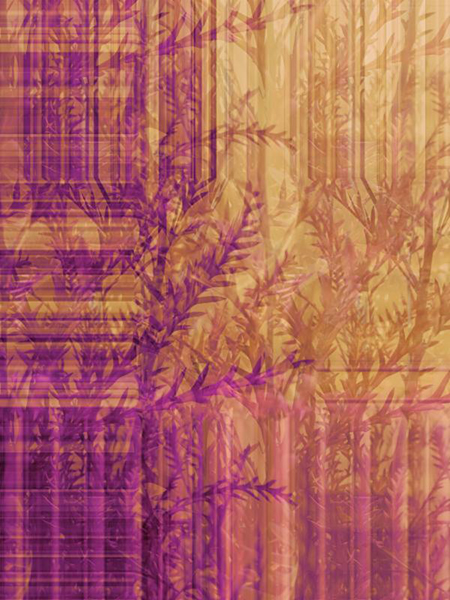 In “The Effect of Lightning on a Rainbow,” Masood Kamandy's digital photos fuse physics, mathematics and coding to surprisingly (and counter-intuitively) fresh effects. Ultra-bright close-ups of roses, still lifes and abstractions all join in to populate a cool-yet-warm digitized universe that is clever but not without charm. The abstractions — line patterns on a slight diagonal, dominated by white or black with brief yet bold interludes of color — at first come off as the strongest works. A double- (or triple-) exposure plant-scape, and a sea-and-skyscape on the diagonal, hold their own as unique takes on thoroughly mined territory. An expert art programmer who teaches 'creative coding' at Pasadena City College, Kamandy has developed an app, called Oblique, which is purchasable on the Apple platform and was used to make all the work in the show. Its process, which bypasses post-production (i.e. Photoshop or Lightroom manipulations) and makes the image print-ready within the program, not only raises questions about creativity, originality and the proprietary, it also — as is Kamandy's intention — by-passes the saccharine and pseudo-nostalgic Instagram filter in favor of a digital now