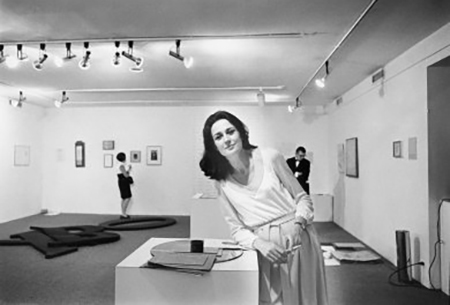 Dwan Gallery opened in Westwood in 1959. It was founded by Virginia Dwan an art patron and collector with a keen eye and the drive to present what had not yet been championed in the United States. She was among the first to exhibit the Nouveau Réalistes, as well as Edward Kienholz, Yves Klein, Franz Kline, Claes Oldenburg, Robert Rauschenberg, Ad Reinhardt and Robert Smithson. Dwan ran two spaces, one in Los Angeles (1959-1967), the other in New York (1965-1971), and was a mentor to numerous dealers to be. “Los Angeles to New York:  Dwan Gallery, 1959-71" focuses on the history of the gallery and the numerous noteworthy artists exhibited during its tenure. This large (over 120 works) and informative selection presents pieces by more than 50 artists who exhibited at either or both spaces.